Share a memory
Obituary & Services
Tribute Wall
Read more about the life story of Tracy and share your memory.

Tracy had endured many health challenges over the years, including multiple battles with cancer, diabetes and the loss of his sight back in 2018.

Tracy is the son of the late Lewis Hoffman of Wisconsin and Irene (Kodinski) Hoffman of Germany.  Tracy is survived by the love of his Life, his wife Marianne “Mary” Hoffman and their two “fur-kids” (cats Bubbles and Leroy), His sister Kim Hoffman of New York, NY, brother; David Hoffman and his wife Nicole of Northborough MA, and his sister Marcy Ward and her husband Patrick of Halifax MA. Tracy also leaves behind many in-laws, several cousins, nieces and nephews, all who where incredibly special to him. The friends of Tracy are too numerous to list.

Tracy and Marianne were inseparable and spent many wonderful years enjoying every minute of each other’s company. They were a match made in heaven.

Since moving to Halifax from Quincy. Tracy became popular with their neighbors, who quickly became his “Twin Lakes” family. Marianne and Tracy have spent countless hours with their neighbors during regular gatherings, cookouts and vacations. Tracy was a huge Boston Sports fan, especially the Bruins and the Patriots. Tracy had a love for fishing that he continued with even after losing his sight.

Tracy was an inspiration to so many, he lived his best life with the cards he was dealt and made everyone around him feel his presence through his love of music and twisted sense of humor. Tracy will be sorely and deeply missed by all who knew him.

A celebration of Life will be planned in early 2023, to allow time for his beloved wife and family to process the tremendous loss and adapt to their new “normal” or as Tracy would say “Abby Normal” (a reference to Young Frankenstein).

Sleep in the sweetest peace, Tracy until we meet again.

To send flowers to the family or plant a tree in memory of Tracy Lewis Hoffman, please visit our floral store. 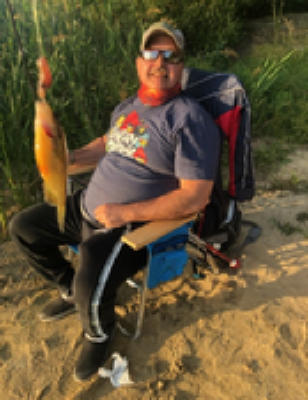 Look inside to read what others
have shared
Family and friends are coming together online to create a special keepsake. Every memory left on the online obituary will be automatically included in the book.

Look inside to read what others have shared

Family and friends are coming together online to create a special keepsake. Every memory left on the online obituary will be automatically included in the book.

You can still show your support by sending flowers directly to the family, or by planting a memorial tree in the memory of Tracy Lewis Hoffman
SHARE OBITUARY
© 2023 Leighton-MacKinnon Funeral Home and South Shore Cremation Services. All Rights Reserved. Funeral Home website by CFS & TA | Terms of Use | Privacy Policy | Accessibility